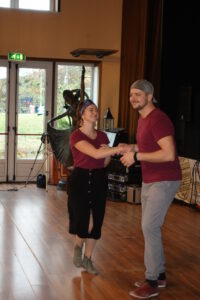 Jessy dances since she was a little girl, she started with Boogie Woogie at the age of 6. Since then dancing is her biggest passion When you see her performing you can see, you can feel her heart. Whenever she hears music she never can stand still, needs to move to the melody.
Her sensitive and funny kind of teaching makes it so useful for students at any age….
Jessy had a environmental education and now works in the economic division…
Despite this job all her life is dedicated to dancing, especially the swing dances and the 50s lifestyle

Markus started dancing when he was 11 years old together with Jessy. He´s dancing since the year 2000. Dancing runs in his blood. He loves to move to the music and this is what makes him tick, the interpretation of the rhythm and melody. So he gives every dance his personal touch and with his funny way he is able to make almost everybody laugh.
Right now Markus is working as a driver and is also taking care of his wife and their two kids which are also already quite dancy J . But every spare minute is packed with dancing and preperation for dancing.

So their connection is more than 15 years of dancing together which means they know each other very well, they even know sometimes what the other one is thinking… This is what makes them such a harmonious couple.
When it comes to teaching their main topics are Leading & Following paired with Musicality.  And they do their best to pass their knowlegde with the biggest fun to the students.

One of their biggest international success was the Vice European Champion in Juniors Class aswell as more than 50 wins in Juniors and Main Class in Austria. Right now the two are 4 times austrian Champion.

In 2011 Markus and Jessy started with teaching and were welcomed in a lot of international camps as in Ukraine, Russia, Germany, England and many more…
Since then they travel around the world spreading their knowlegde and enthusiasm for swing dancing. The fun, harmony and their „Viennese Sense of Humor“ is what makes them superior and memorable in what they do.

They were there for the all the Boogie trains, so they also had to be here on our 5th anniversary!

Yannick and Paula from Switzerland 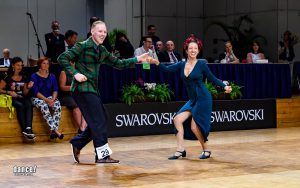 Yannick and Paula are dancing together for 10 years. They collect there experience on competitions and festivals in and around switzerland.
During teaching humor remains a constant companion , as well as a keen sense of cool music, which makes it easy to jump over the beaten track.
There homebase is Boogie Woogie but they are as well graceful lindy hop dancers.

They first joined us in 2019 and everybody loved them, so of course we had to have them back this year. 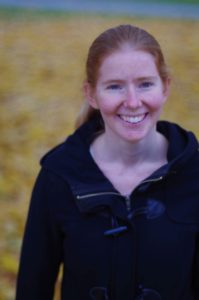 Maria started to dance in 2004 and since then dancing has become a huge part of her life. She has tried several different dance styles, but got hooked by swing dancing and especially boogie woogie. The music, the fast footwork and the play fullness in boogie woogie really suited her. After a few years she wanted a new challenge and began to lead apart from following. Now, when you see Maria on the dance floor you will notice that she is leading as often as she is following, and sometimes even switching roles within the same dance.

Maria started to teach boogie woogie in 2011 in Uppsala and have continued to teach every year since then. Her ability to both lead and follow has given her a good understanding of both roles and this is a big advantage for her when she teach. A lot of hours on the social dance floor have also increased her knowledge of leading and following.

Maria has participated in a few competitions and several shows but in her heart she is a social dancer. On the social dance floor she feels free to play and improvise to the music. She wants to spread her joy for boogie woogie to other people and this makes Maria a dedicated and passionate teacher. She hope that she can help the boogie woogie scene to thrive.

In 2016 and 2017 she joined Markus Rosendal with teaching. And this year she is back and teaching with Sondre Olsen-Bye! 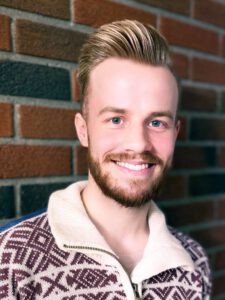 Sondre was born and grew up in Dombås (central Norway), but currently lives in Warsaw (Poland). He started dancing at 5 years old. At the age of 8 he took part in his first Swing dance competitions and at 13 began teaching locally.
In 2007 Sondre went for Norway’s got Talent show and since then his dance career has really started; In 2009-2010 – began competing in Boogie Woogie; – European Champion title in Boogie Woogie Juniors class 2010 (Stuttgart, Germany); In 2011-2015 – also started dancing and competing in Lindy-hop; – World Champion title in Boogie Woogie Juniors class 2011 (Stuttgart, Germany); – 1 Place in European Swing Dance Championship Strictly 2013 (London, UK); – 1 Place Boogie Woogie Cup 2014 (Munich, Germany); – 7 Fast feet jack’n’jill victories in 2011-2014.
Current partnership with Tanya Georgiiesvka started at SwingAout Festival 2015. Since then they have been competing, teaching and performing boogie woogie all around Europe and outside it. With great joy they travel to spread the love for swing dancing in general and boogie woogie in particular. In 2016-2019 while representing Norway in international boogie woogie competitions they got a few titles in the category Main Class. They are: World Champions 2017, 2019 Vice World Champions 2018 European Champions 2018, 2019 Nordic Champions 2017, 2018 Norwegian Champions 2017, 2018 and 2019 Two times SAP Final World Cup winners 10 World Cup wins all over the world including USA and Russia. their plan is to keep on competing, performing, teaching and sharing the dance they love in any possible way!
More teachers to be announced